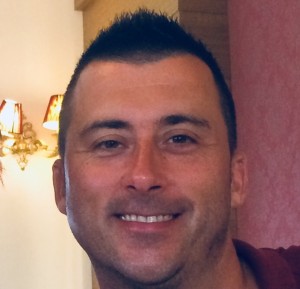 Can you give us an overview of your career to date? “I started my Electrical Apprenticeship in 1997 and became a fully qualified electrician in 2001. I started being the lead electrician on reasonably sized commercial jobs as soon as I was qualified. I became an Approved Electrician two years later in 2003 and started being the Electrical Supervisor on larger scale jobs such as new Primary Schools, Police Stations etc. I joined SECTT as a Training Officer in May 2009.”

“SECTT manages the Electrical Apprenticeship Scheme across the whole of Scotland. My job as a Training Officer is to monitor the progress of trainees, within my area, throughout their entire apprenticeship from the very first day at college until they are fully qualified electricians. This is done by carrying out regular reviews, both at college and on-site visits.”

What do you enjoy the most about SkillELECTRIC and your role as a judge? “I first visited the competition five years ago when one of my apprentices qualified for the finals. During this first visit I was very impressed by the scale of the competition and the quality of work each of the finalists were producing, considering it was a fairly challenging competition piece. When I was asked by NET last year to be a judge I was delighted. The quality of work produced by the competitors is exceptional and to be part of the judging team is a great experience. I also enjoy getting to know each of the competitors and get to hear of their work experiences so far at this stage of their career and what their plans are for the future.”